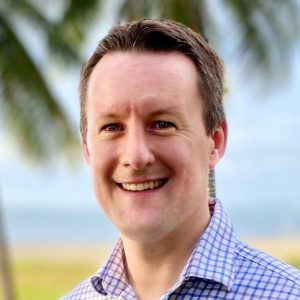 The new Trade Commission office will be responsible for helping grow New Zealand business in Fiji as well as the broader Pacific, with hundreds of New Zealand companies already active in the region. The appointment adds to the range of New Zealand government business support services in the Pacific, which now include offices across Australia, Papua New Guinea, Fiji and New Zealand.

“The Pacific is our home and I’m looking forward to helping grow New Zealand business links in the region.  It’s an important part of the world for us, so it’s no surprise that Kiwi companies are already making huge contributions in many sectors including food, infrastructure, services and renewable energy,” said Mr Dewar.

The appointment forms part of the New Zealand Government’s commitment to recharging its partnerships in the Pacific and will play a role in helping the region recover from the effects of COVID-19. Before the pandemic, annual two-way trade and investment flows with the Pacific were worth over NZ$3 billion.  Trade with Fiji, New Zealand’s largest trading partner in the region, was worth over NZ$1.1 billion each year.

“The Pacific, and Fiji in particular, has faced huge challenges over the past year from cyclones and the COVID-19 pandemic”, Mr Dewar said. “The ongoing outbreak in Fiji is having a devastating impact on the country but I am proud to be a part of the New Zealand High Commission team that — alongside the New Zealand Government’s broader assistance— has been working to support Fiji’s response. This includes working with companies like New Zealand-born and now-global biotech company, Zoono Group, to facilitate the delivery of more than 13,000L of surface and hand sanitiser products to personnel working at the front line of Fiji’s COVID-19 response efforts.  A number of our exporters have close ties with the Pacific and gestures like this help demonstrate the depth of that relationship.”

“As the Minister for Trade and Export Growth said earlier this year, this new office demonstrates New Zealand’s confidence in Fiji’s economic resilience, and our commitment to the region’s economic recovery. Growing our trade and business links and reinvigorating value chains across the region will be important to that recovery effort,” Mr Dewar said.

David comes to the role after a 13-year career with the New Zealand Ministry of Foreign Affairs and Trade, including postings in Europe and Australia. Other previous roles include working on New Zealand’s World Trade Organisation and Free Trade Agreement negotiations; the Australia-New Zealand Single Economic Market; and New Zealand’s relationship with the ten ASEAN nations. David has been based in Fiji with his family since October 2020 working as NZTE’s Pacific Project Lead.