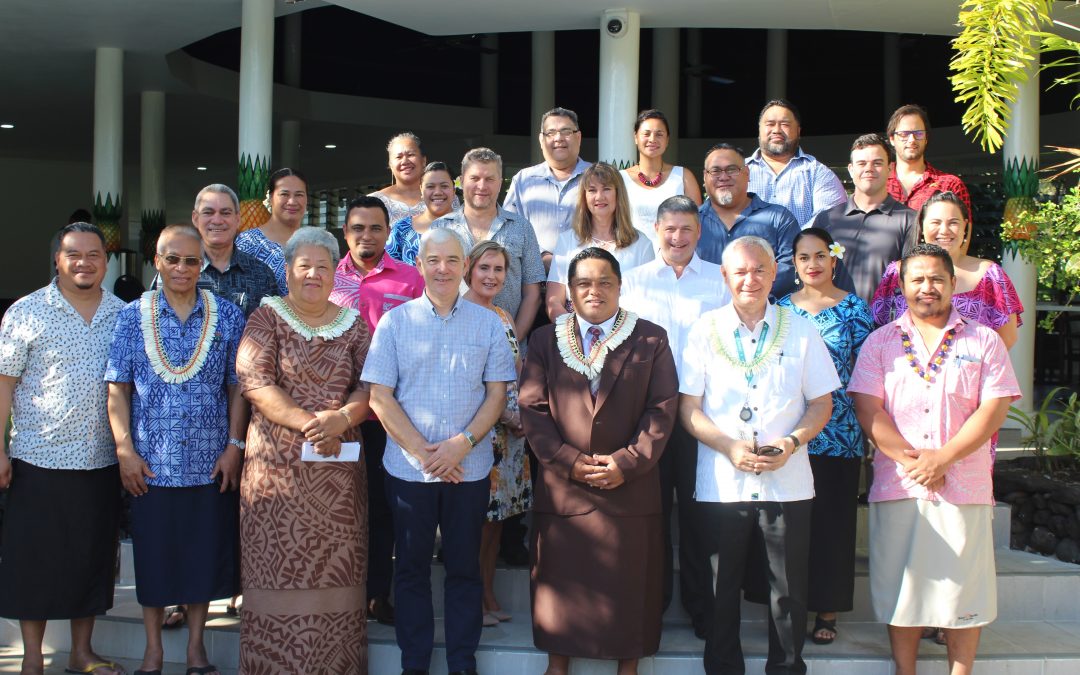 NZPBC partnered with NZSTIC to undertake a business mission for New Zealand business with an interest in Samoa and American Samoa from the 4th to the 8th August 2019.  We had 12 businesses attend the mission to Samoa/American Samoa.  These businesses represented a broad range of industry sectors from construction, logistics, education, IT and food and beverage.

The objective of the business mission was to provide these businesses with an overview of the Samoan strategic and economic climate, along with a deeper understanding of trading with, and investing in Samoa.  Alongside this, we hoped to provide networking opportunities for companies to start partnership and investment conversations with Samoa.  We also hoped to promote goodwill and understanding between the business communities of Samoa and New Zealand.  A key objective of this mission was to provide connections.

This mission also included a one-day component of travel to American Samoa to explore the opportunities available in this country.

All participants pronounced the mission a success and would recommend the mission to other businesses considering expanding in the Pacific. The mission was well organised and participants gathered valuable information on working with and in Samoa and American Samoa.

All of the companies represented expressed an interest in either furthering their relationships with Samoa and/or American Samoa or investing for the first time. Several companies returned to New Zealand with opportunities already under discussion. 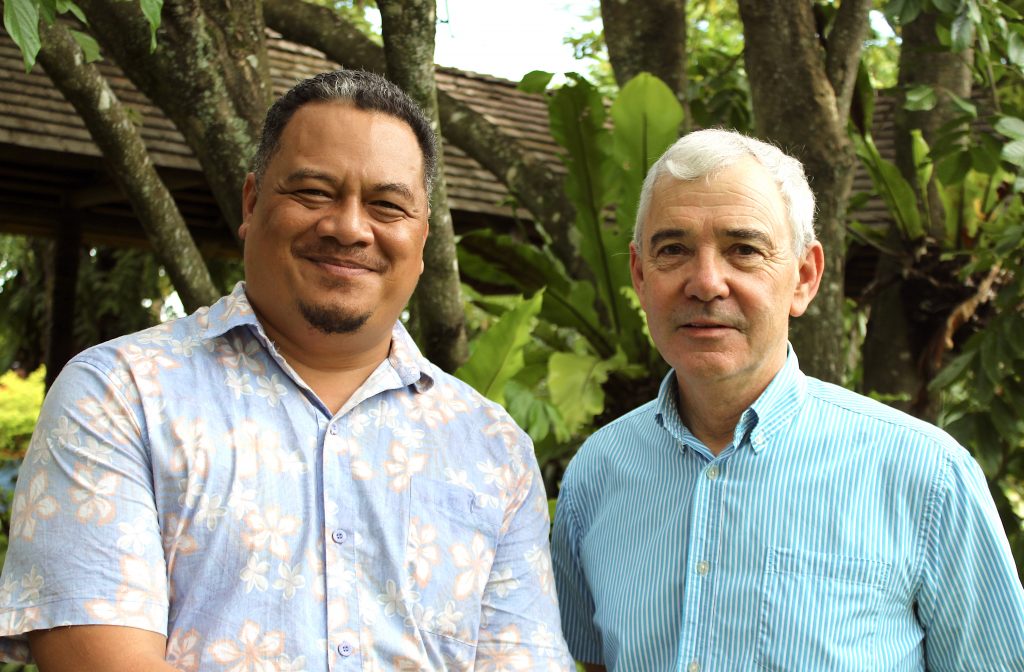 The delegation included representatives from the following organisations;

On Monday 5th of August, the business mission was formally opened at the Tanoa Tusitala Hotel with a prayer by Reverend Petaia Leavai.  This was followed by opening remarks from the CEO of Samoa’s Ministry of Foreign Affairs and Trade, Peseta Noumea Simi and the New Zealand High Commissioner. Hon. Dr Trevor Matheson.  Samoa’s Trade Commissioner and Consul based in Auckland, Hon Magele Mauiliu Magele and Mission Co Leaders, Peter Mc Gill (NZPBC) and Tagaloa Tuala Tusani (NZSTIC) also spoke, acknowledging and welcoming all guests, and stressing the importance of trade between the two countries.

Following this, an account was given of the economic scene of Samoa.  Presentations were given by the BSP Bank and the Samoa Chamber of Commerce & Industry.  Further sessions on investing and conducting business in Samoa were presented by Isitolo Leota Accountants, Brunt Law and Samoa’s Trade Commissioner, Hon Magele Mauiliu Magele.

In the afternoon, a panel of 5 private sector companies spoke on the realities of doing business in Samoa.  They were Samoa Airways, SkyEye Ltd, Samoa Wild Turmeric, WE Accounting and OSAM Consultants.

That evening, the mission was hosted at the Taula Brewery by Taimalie Charlie Ahliki at Falelauniu.  The delegates were addressed by the New Zealand High Commissioner, Hon. Dr Trevor Matheson, Mission Co Leader Peter McGill (NZPBC), and Charlie Ahliki himself who entertained the gathering with the history behind the establishment of Taula Breweries.  Subsequent cultural entertainment, refreshments and nibbles allowed for further networking with private sector companies, the New Zealand High Commission, the Ministry of Foreign Affairs and each other.

On Tuesday 6th of August, the programme opened with presentations on development projects within Samoa.  The panel included representatives from the United Nations, the Department of Foreign Affairs Australia (DFAT), the Land Transport Authority, the Electric Power Corporation and Green Climate Fund.

In the afternoon the delegation took part in site visits to the Apia Waterfront and Port Development Project, the Electric Power Corporation, and Eat the Kiwi who were celebrating the opening of their new food distribution venture in Samoa.

On Wednesday 7th of August, delegates with an interest in American Samoa travelled to American Samoa.  Ella Gurr the President of the America Samoa Chamber of Commerce had organised a balanced itinerary of presentations and site visits.

The programme started with a site visit to the American Samoa Power Authority, and then to StarKist, (tuna cannery) at Satal, followed by a presentation by the Director of the American Samoa Government Department of Commerce, Kenisele Lafaela with representatives from government and the private sector highlighting the ease of doing business in American Samoa.

Lunch was attended by the Commissioner of the American Samoa Government Treasury Department and a representative of the Attorney General Office / Immigration. 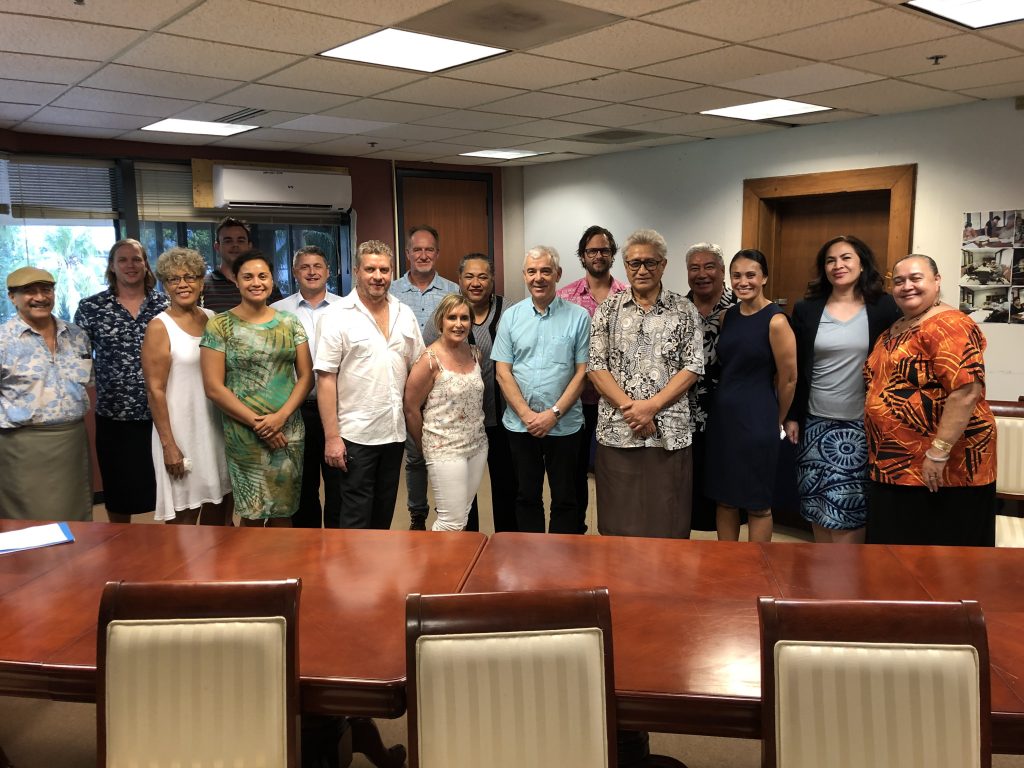